The 70th anniversary sees the launch of a smart generation of couplings to increase safety and sustainability on our roads. Safety, sustainability and innovation have been VBG’s watchwords since the very start.

A focus on traffic safety for Herman Krefting

The year was 1951 when Herman Krefting founded Vänersborgskopplingen, the predecessor to today’s VBG. Swedish industry at this time was booming, and a huge amount of goods were transported on Sweden’s roads.

The Swedish road network was, at this time, very poor quality - a contributing factor to many accidents. An additional factor was that the couplings between vehicles and trailers were too weak and not adapted to Nordic requirements. This is something that appeals to Herman, who is a very involved citizen and is particularly interested in road safety issues. With his technical skills and knowledge, he sees opportunities to develop safer road transport.

“There is nothing more dangerous than a driverless trailer”, Herman is alleged to have said when he started up his business. The desire to create a safer society has been part of VBG since the beginning, and is still the company’s driving force.

What does VBG mean?

VBG is an abbreviation for Vänersborg and it was something that Herman Krefting noted when he decided on the name Vänersborgskopplingen. The fact that the business has continuously had both development and production in Vänersborg since its inception 70 years ago, is largely due to support from the municipality that supported Krefting during the expansion. When the business needed to expand only a few years after start-up, the municipality provided land for the expansion, allowing the business 70 years of development right here in Vänersborg.

Why is a coupling bolt from VBG exactly 57mm?

For many years, it was the German standard that prevailed for coupling design. The bolt of the time according to the German standard was the one that was fitted to the majority of the vehicles on Swedish roads. When Herman began to think about how he could increase road safety, it was the bolt he identified as the most crucial part of the coupling.

To create a reliable and durable coupling, he increased the dimension to 57mm ∅. In addition, he reduced the clearance between the bolt and the coupling loop to 0.5 mm from 2 mm, which was the most common for couplings at that time. VBG's 57 mm bolt is treated using the hard material manganite.

"The most important part of a coupling in terms of traffic safety is the bolt" Herman Krefting.

Another major development step for VBG came with the launch of the rotating bolt, which has been a VBG standard since 1998. Normally, wear on the bolt is in the towing direction, but with a rotating bolt the wear is distributed round the bolt, which is a considerable advantage for the service life and safety of the product.

The smart generation is here

VBG is now taking another big step in innovation with the new generation of couplings.

The combination of refined mechanics and new digital technology further increases safety and reliability, while also opening doors for functions that will be offered in the near future. The mechanical improvements have resulted in more compact coupling dimensions. The power actuator, manual handle, and VBG’s valve box have also been made smaller and more lightweight, which creates better options for different types of installation on trucks. The products are now also easier to maintain, which saves time and extends the service life. VBG will continue to serve existing products on the markets by enabling upgrades to the new generation of technology. In this way, new functions can be added to today’s couplings, which extends the product life cycle and adds value to customers’ investments.

VBG aims to make everyday life in the road transport industry safer and simpler. To accomplish this, a completely new CAN bus-based electrical infrastructure has been developed which, together with digital sensors, will facilitate functional growth in the future. This offers great development potential for the future and serves as the first step towards digitised functions, which will help drivers to handle coupling functions sustainably. Field tests on the roads have already been carried out for some time now. The main project has been running for several years. Following field tests in several countries in Europe for more than 2 years and now that certification testing in accordance with UNECE R55 has been approved, VBG is finally ready to start mass production in Vänersborg.

“We’re looking to the future with confidence, and by working on several research and product development projects, we will be able to meet future needs in the markets. We have good opportunities to be able to contribute to a simpler and better everyday life for customers in the transport industry and at the same time work for a better environment.” Anders Erkén, CEO, VBG Truck Equipment

The smart generation is here! Familiar on the outside – brand new on the inside. UNECE Regulation 55 – what does it say?

In the truck industry, UNECE R55 must be complied with to receive type approval; the regulation stipulates requirements for coupling devices. Below you will ...
END_OF_DOCUMENT_TOKEN_TO_BE_REPLACED

What is VBG's calculation program?

Perhaps you belong to those who used VBG's calculation modules to calculate performance values for coupling equipment? We know that these modules have been a ...
END_OF_DOCUMENT_TOKEN_TO_BE_REPLACED 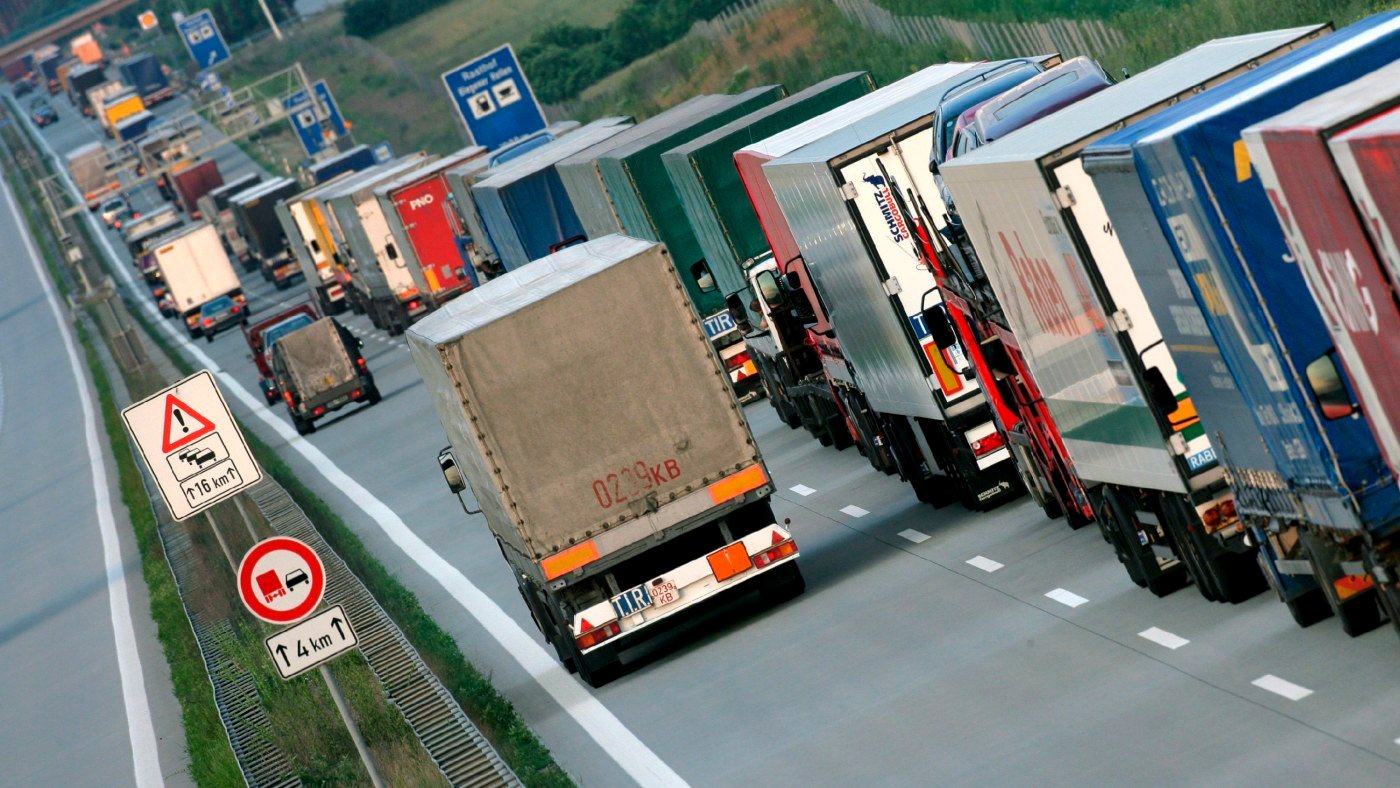 How Can Road Transport be More Efficient And Fairer?

HCT and the upcoming mobility package were among the numerous topics discussed during Elmia’s digital event, Road Transport Focus. Both areas have major ...
END_OF_DOCUMENT_TOKEN_TO_BE_REPLACED